Meet the teachers at The Music Garden!

Leilani Miranda, BM, MM
Leilani Miranda has been involved in music education for over 40 years, specializing in early childhood music and movement for the last 30+ years. Holding a Bachelor of Music from Oklahoma City University and a Master of Music from the University of Houston, Ms. Miranda twice qualified for inclusion in Pi Kappa Lambda.

Ms. Miranda is certified Level III as an Early Childhood Music and Movement Specialist by the Early Childhood Music and Movement Association, of which she is a past President and an honorary lifetime member. Ms. Miranda has received intensive and ongoing training under the celebrated authors Lorna Heyge and Audrey Silick, as well as numerous other specialists in the early childhood and music education fields. A national teacher trainer in early childhood music and movement, Ms. Miranda teaches at various seminars, institutes, colleges and universities in North America.  Since 1984, Ms. Miranda has had an active studio program in Houston, Texas where she works with 100+ families and their young children. Her studio and work have been featured on the local PBS station in Houston. 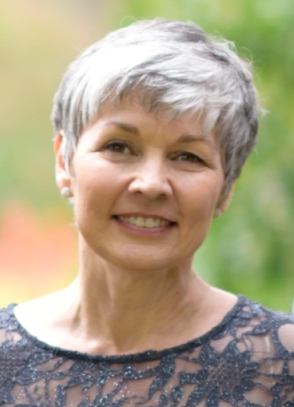 Sonya Anderson, BS
Sonya Anderson taught music and movement in a preschool setting (ages 2-6) for 7 years and especially enjoys 2 and 3 year olds! She has been teaching at The Music Garden since June 2014.

Ms. Anderson sang with the Rainier Chorale (community chorale) and The Silver Bells Carolers (a cappella quartet) while living in Washington state and has served as a Worship Leader at several churches over the years.  Ms. Anderson enjoys music of all kinds.  Ms. Anderson has worked with church choirs - both adult and children.  Ms. Anderson holds a BS in Psychology from Texas A&M and avails herself of early childhood music and movement opportunities at every opportunity.  She encourages adults to get up and move with their young companions as much as possible and incorporate music into their daily lives. 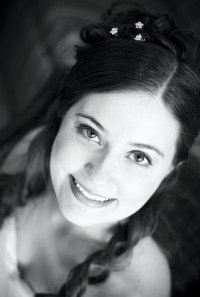 Emily Tallant, BME, MM
Emily Tallant has played flute and piccolo in the First Baptist Church Orchestra since 2007. She holds a M.M. degree in Music Education from the Moores School of Music at University of Houston, and a B.M.E. degree in Music Education (flute and voice) from The University of Tulsa. Ms. Tallant's involvement in the St. Louis Children's Choirs growing up inspired her to teach Middle School choir in Cypress Fairbanks ISD, where she taught for two years before pursuing her masters. She also taught private flute lessons in Cypress Fairbanks ISD, Alief ISD, & most recently at the School of Fine Arts at Houston's First Baptist Church. Ms. Tallant has been on the faculty of Floot Fire Houston since 2007 and has performed at Wildacres Flute Retreat, ARIA International Summer Chamber Music Academy, and Blue Lake Fine Arts Camp.  She sings with Cantaré Houston, a professional choral ensemble. In addition to musical activities, Emily has enjoyed the freedom of owning her own business and was a Free-Car-Driver (twice!) with Mary Kay Cosmetics. Also Ms. Tallant is involved in the Houston Alumnae Chapter of the Sigma Alpha Iota Music Fraternity.

Ms. Tallant now has two small boys who are in classes at The Music Garden.

Ms. Tallant began teaching at The Music Garden the Spring 2017 semester under the mentorship of Leilani Miranda, owner/director. Ms. Tallant believes that involvement in music from a young age expands to growth in many other areas of children's lives and development